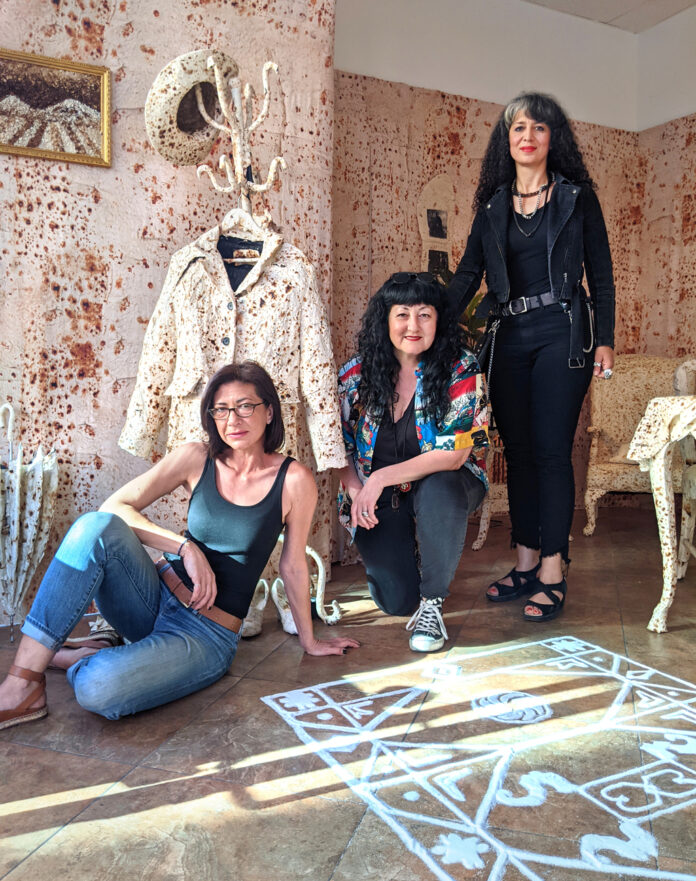 They are both evocative and provocative, equally likely to make you smile at a joyful memory or shed a tear for an upsetting one.
No matter the emotion, the three pop-up art installations that have sprouted along storefronts on North Artsakh Avenue this month are likely to catch your attention and strike a thought or two. The installations have gradually evolved at the hands of their artists this month, changing within a dedicated framework of considering Armenian culture and history, perhaps through a different lens.
In this way, the “My Relic” installations are “looking at the same thing but in a new narrative,” explained Adrineh Baghdassarian, the curator of the project through her female communal art group SheLoves Collective. As explained on the collective’s website, the pop-up explores “a contemporary view on the Armenian culture, the trials and tribulations of the Armenian people, their ability to survive and thrive amongst adversaries.”