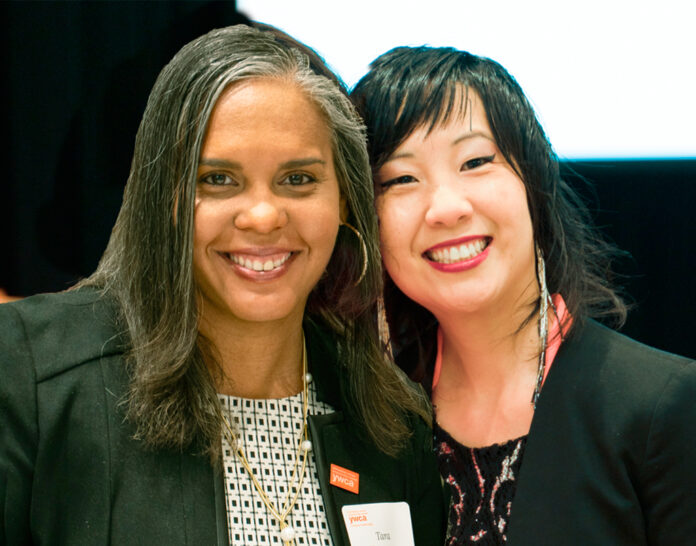 YWCA Glendale and YWCA Pasadena-Foothill Valley are officially joining forces.
According to an announcement this week, YWCA Pasadena-Foothill Valley will become a subsidiary of YWCA Glendale, and as the parent organization, YWCA Glendale has changed its name to YWCA Glendale and Pasadena. The two organizations will have fully integrated leadership, operations, and programming under Chief Executive Officer Tara Peterson.
“I am excited to lead this next chapter in YWCA Glendale and YWCA Pasadena’s history,” Peterson said in a statement. “This past year has posed many challenges and widening inequities in our communities — but it has equally presented many opportunities for creative and strategic collaboration to meet the needs of women and children. I look forward to working with community and government leaders in Pasadena to ensure the YWCA has a seat at the table in moving gender and racial equity work forward.”

Since 2020, YWCA Glendale and YWCA Pasadena-Foothill Valley have jointly produced girls’ empowerment programs such as Camp Rosie: Girls on the Rise summer camp, Girls’ Circle afterschool program and TechGYRLS’ STEAM workshops and a tutoring and mentorship program. These joint programs have served nearly 200 girls from Glendale, Pasadena, Burbank and surrounding communities throughout the past year.
YWCA Glendale’s domestic violence programs — which serve survivors throughout Los Angeles County — as well as its Girls’ Empowerment and Racial Justice programs will continue to operate from the Glendale location. YWCA Pasadena-Foothill Valley’s Girls’ Empowerment programs will continue to operate in Pasadena and its signature Women for Racial Justice Breakfast will continue to be held each fall.
“The demand for our programs and services has never been greater,” said Angeline Chen, board president of YWCA Pasadena-Foothill Valley. “By joining forces in a long-term partnership, we will expand the reach and impact of our critical gender equity and racial justice work in Glendale, Pasadena and beyond.”
The organization said the decision was made after a yearlong exploration process that was funded by the Nonprofit Sustainability Initiative. One of the principal benefits of the restructuring will be to streamline management and operations between the two entities, it added.
“In a year where women and girls were disproportionately impacted by the global pandemic, we understood the importance of streamlining operations and programming to address the unprecedented demand for our services,” said Valerie Merritt, board president of YWCA Glendale. “Together, we bring over 211 years of experience in advancing YWCA USA’s bold mission of eliminating racism, empowering women and promoting peace, justice, freedom, and dignity for all.”