The Drums, the Dreams, the Clip-Clop of Horses 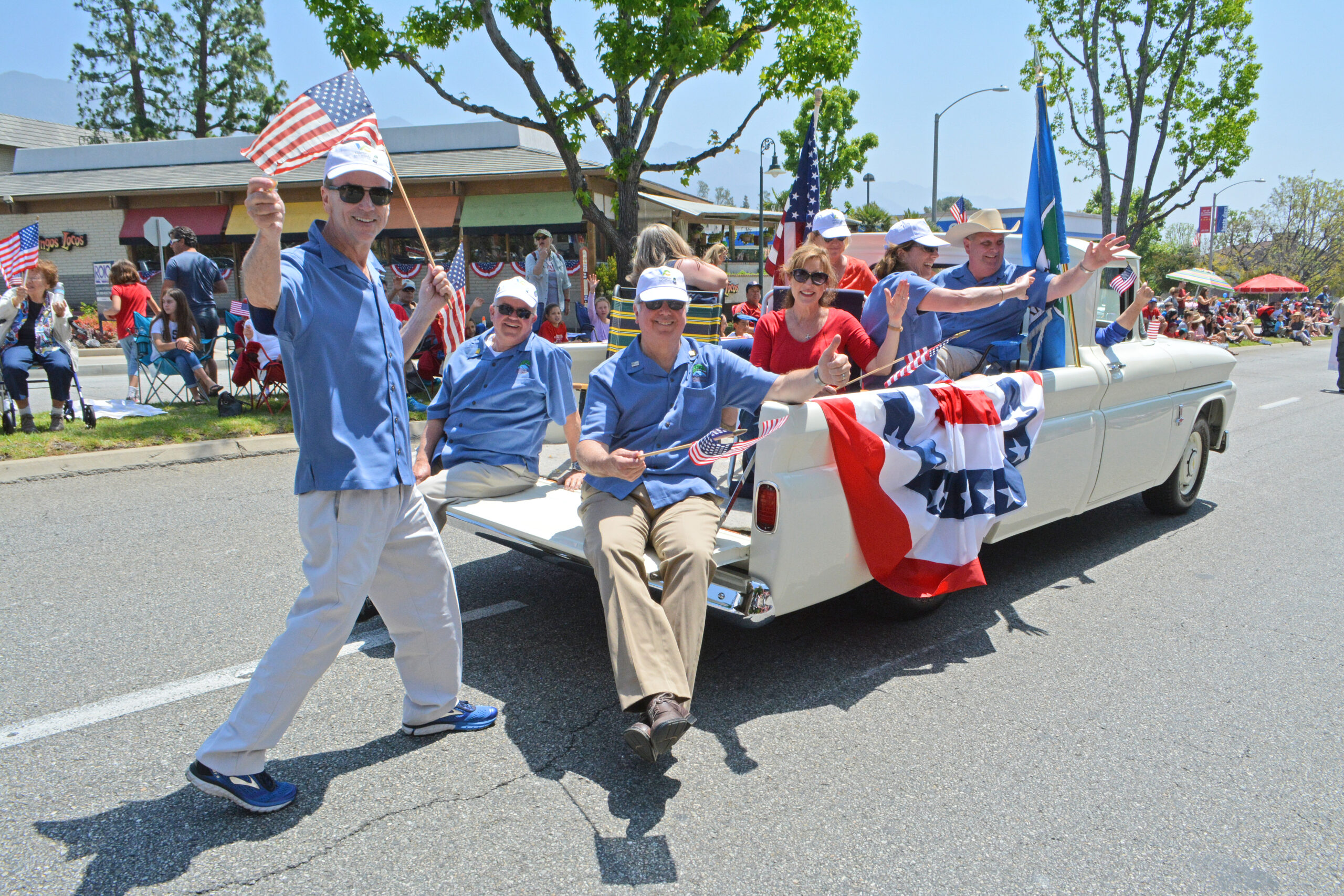 First published in the May 28 print issue of the Glendale News Press.

I love a parade …
On a brassy morning when the sun splashes off the tubas. I love the trombones in front, piccolos taking up the rear. I like the guys with shovels behind what Dylan Thomas called the “the clip-clop of horses on the sun-honeyed … streets.”
I like the vintage cars carrying the ultimate VIPs: the war vets. Most still manage a twinkle in their eyes, a shimmering courage we’ll never fully appreciate.
Vets know something about the world that we’ll never know. What it’s like to be shot at while battling some misshapen evil. Must challenge your world view. Must confirm for you some secret awful suspicion that much of the planet will always belong to the bullies and the tyrants.
Thank you for your service. Thank you for taking on the tyrants.
Once again, mankind seems to have made a mess of things — the economy, this war, the filthy oceans … modern movies, network TV.
So, for a moment on Monday, with the crisp rasp of a single snare, we celebrate the things we maybe got right.
Democracy? Check. Freedom? Absolutely. A sense of providence and well-being? Well …
I guess our ideals are always a work in progress.
Look, our little town has a lot of Mayberry to it, a splash of innocence, a lot of quirks and characters and — on the edge of it — a giant rocket lab that hurls spaceships to other worlds.
Seems fitting then, that Monday’s parade will start in the clouds, with some sort of flyover, followed by the kettle-thump of the high school band. Oh, the places we will go.

Speaking of going places, my physician/sidekick (Dr. Steve) griped recently over drinks that fortune cookies are “not really fortune cookies anymore. They’re affirmations.”
That resonated with a reader (Lisa O’Reilly), who weighed in, too:
“Yes! What happened to the fortune cookie? I needed those little hopes! Now, I get things like ‘You look pretty’ (OK, that one wasn’t bad) and this — ‘A well-aimed spear is worth three.’ Interesting concept, but I really just want to know if I WILL win the lottery.”
I need those little hopes, too, Lisa. And I find them twirling batons at the parade, marching with the Brownie troop, pinging the xylophone with a heaping of disinterest only a smug teenager can muster.
These days, and forever, those are our little hopes — what I recently dubbed “our prettiest prayers.”
I love parades, for the way they celebrate kids and moms, war vets and rescue dogs, and dreams of far-off worlds.
And if you think that makes me lame and geeky, I have news for you, Karen: I invented lame. Then, I invented geeky. Then I took a couple of weeks off.
Know who else invented lame and geeky? Bill Gates. He may be even more lame and geeky than I am, which is really saying something. I mean, those sweaters? I’ve had the same haircut since 1972, and he’s still wearing the exact same sweater.
Super geek … super freaky …
I was scolding Gates the other day. Something he’d Tweeted rubbed me the wrong way — the sanctimony, the kind of admonishments know-it-all billionaires make. It’s what passes for noblesse oblige.
“Let me scold the serfs a little,” these digital robber-barons must think. “Let me inspire them to be better little serfs.”
BG (Before Gates), childhood had a bit of poetry to it, a resonance, a gritty, grass-stained perfection. Kids got sunburned in summer. They rode bikes. They didn’t spend July learning line coding or data compression.
Back then, kids played outside. Here’s my theory — please hear me out: We need a sunny childhood. It is absolutely a nutrient. It builds strong bones and sunnier adult minds.
So, let us a pause a moment and appreciate the vintage joys of summer, which healthy kids need. A ballfield … a lemonade stand … running barefoot on a hot driveway till you hit the cool lawn.
“Earthing,” the New Agers call it now, a physical bonding with the planet. Kids used to do a lot more Earthing.
To me (a confessed dweeb), here are the things we really require of life, my so-called “Rerum Novarum”: Laughter, music, ideas, family, friendship, exercise, courage, compassion, childhood and joy.
Maybe a grass-stain now and then.
Much of that can be found, in full flourish, at Monday’s old-timey Memorial Day parade.
Like a big colorful ribbon, this thing. Like something that flutters on flagpoles, forever in the wind.
See ya there.

Email the columnist at Letters@Chris­ErskineLA.com