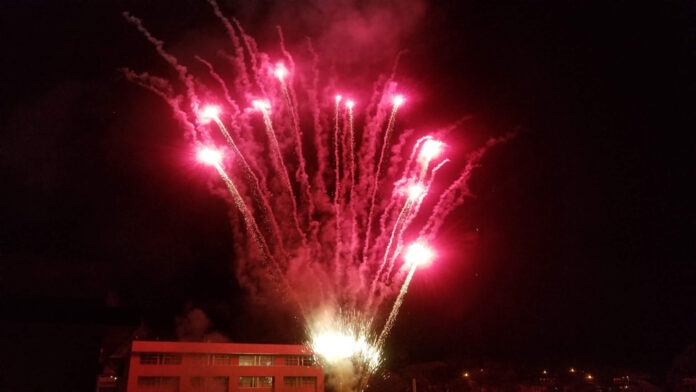 First published in the March 12, 2022, print issue of the Glendale News Press

The City Council voted unanimously against funding its downtown Fourth of July fireworks show this year, but decided to fund the Crescenta Valley Fireworks Association for its annual show, a staple in La Crescenta for the last 14 years.

The council chose to fund the Crescenta Valley Fireworks Association exclusively, due in part to the close proximity in dates of Glendale’s annual Cruise Night. In addition, the council shifted $5,000 in funding to sponsor the fireworks show put on by the association. Mayor Paula Devine mentioned that while last year many residents gathered in Central Park to watch the fireworks, the use of the same space this coming summer will not be possible due to the Armenian American Museum currently being developed at the location.

“I’m really not in favor this year,” Devine said. “Maybe next year we can revisit this but I’m reluctant to support the fireworks downtown. I’d much rather support Crescenta Valley and see the fireworks up there. They’re always really good.”

Councilmembers Ardy Kassakhian and Dan Brotman mentioned the environmental impacts of the show vastly outweigh the benefits and urged staff to look into the idea of a potential drone light show, a more environmentally friendly alternative that’s gained popularity in the last few years.

“I think they are more sustainable, environmentally friendly ways of celebrating major events,” Kassakhian said. “Unfortunately, from what I understand, the buy-in would be close to $100,000 just for a basic show but I am convinced moving forward we are going to see more of this as it becomes available.”

Kassakhian instructed staff to investigate these environmentally friendly options as soon as the budget permits.

The council also voted to shift $5,000 of unused funding from the Montrose Christmas Parade in 2021, which had been canceled due to the pandemic, to the fireworks show. The city will not, then, collect on the $10,000 pledged by L.A. mayoral candidate and Americana at Brand owner, Rick Caruso, for the proposed downtown show.

Councilman Ara Najarian proposed the city focus their efforts on a celebration in tandem with the annual Cruise Night in Downtown Glendale on Brand Boulevard and securing larger donations in the future.

“Let’s appropriate the funds but continue to work on getting some larger sponsors in the $10,000 range,” Najarian said. “I’m sure [there are] many consultants or concessionaires that would be happy to step up.”