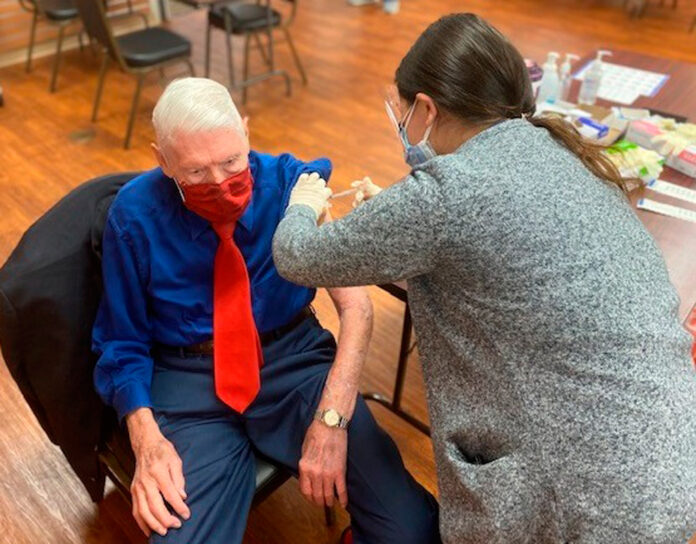 Dr. Herbert Harder first walked onto Adventist Health Glendale’s campus in 1948 and 40 years later served as its chief of staff.
But Monday’s visit here was among his more memorable: He received his second dose of the COVID-19 vaccine.
At just over 100 years old and quick to show off his recently renewed driver’s license, Dr. Harder returned to the hospital where he began as a lab tech while still in medical school, where all four of his children were born, and where he worked as a pathologist his entire career. He served as chief of staff in 1988-89.
“I didn’t feel a thing,” the spry centenarian exclaimed, patting the shoulder in which a nurse administered the vaccine.
A lot has changed since he joined the Glendale Sanitarium on the “outskirts” of Glendale.
“There were six parking spaces out front and maybe 20 for doctors out back,” he recalled.
“Today, Adventist Health Glendale is still serving the community that has grown up around us,” a spokesperson said. “We’re proud of Dr. Harder’s contributions to our history of healing.”