A Time of Pandemic, Protest, Change 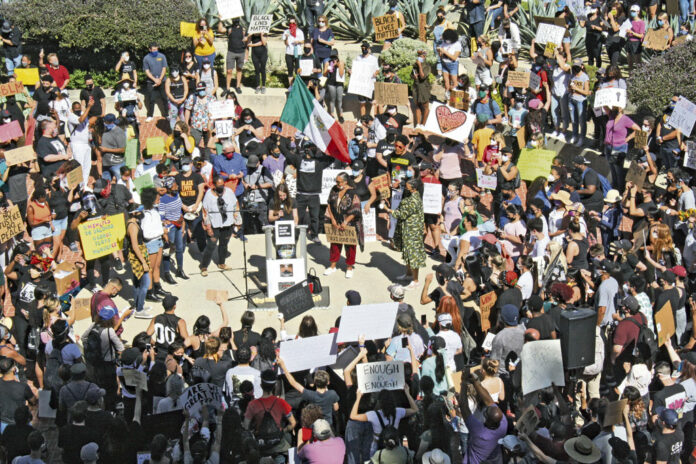 For many, Friday, Jan. 1, represented a long-overdue turn of the page from a year that lived up to no one’s expectations.
From the beginning of 2020, news trickled into American airwaves and newsprint that a mysterious virus had secretly wreaked havoc throughout much of China and had begun spreading at uncontrolled levels through South Korea, Iran, Italy and Spain. Reports of overwhelmed hospitals, mass graves and widespread lockdowns also spread.
And then the accounts started coming out of New York City. And Seattle. And a well-known pork processing plant in South Dakota.
By March 11, the novel coronavirus that causes COVID-19 was declared to be a global pandemic. Locally, by March 13 — auspicious, indeed, as a Friday the 13th — school districts were closing, cities were declaring states of emergency and officials were openly discussing what would become the Safer at Home orders. Restaurants were limited to takeout or delivery. Personal care services, entertainment venues and bars closed. Nonessential retailers had to close. The NBA suspended its season.