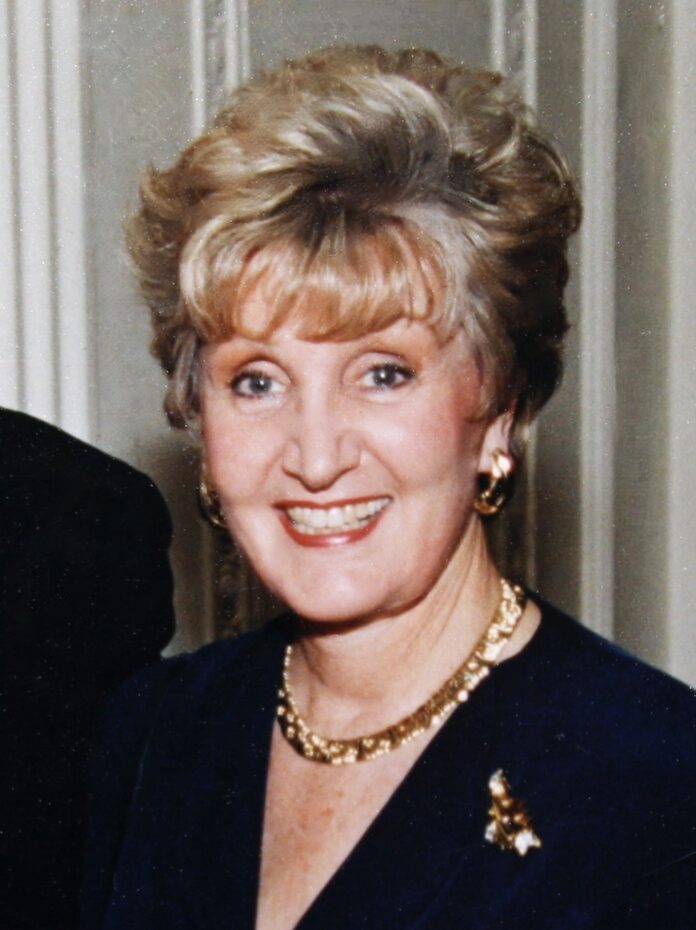 Valery Joan Moorhead was born April 13, 1933 to Harry and Lois Tyler of Miraleste, CA. Surrounded by family, God called her home on August 4, 2022 in Santa Barbara where she had lived since 2018.

Val grew up in San Pedro before attending USC, eventually using her education to teach elementary school. In 1952, she married Ronald Bradford and they had three children before divorcing several years later. Val met her future husband  of 42 years, Carlos Moorhead and they married in 1969 before Carlos was elected to Congress where he served for 24 years. While living in Washington, D.C. they met dear friends, worked together to support conservative causes and Christian ministries as an outflow of their shared faith in Christ. The also travelled extensively while in Congress and throughout retirement.

Desiring to keep the family intact, Val and Ron remained friends. Upon retirement from Congress and a return to Glendale, Val and Carlos often invited Ron to family dinners with the kids and grandchildren. Val developed a passion for painting where she applied herself to the craft during a forty-year run. Active in both her D.C. and Glendale communities, Val participated in Artworks of Washington, the International Wives’ Club, Fellowship House and Friday Morning Bible Study Group with wives of elected officials who became dear friends. In Glendale she was an active member of Glendale Presbyterian Church, Las Candelas, PEO, Foothill Arts League and the California Art Club. Valery’s energy, enthusiasm, gracious hostessing and vibrant faith will be missed by family and friends.

Shouldn’t Churches Have a Place for Dogs?