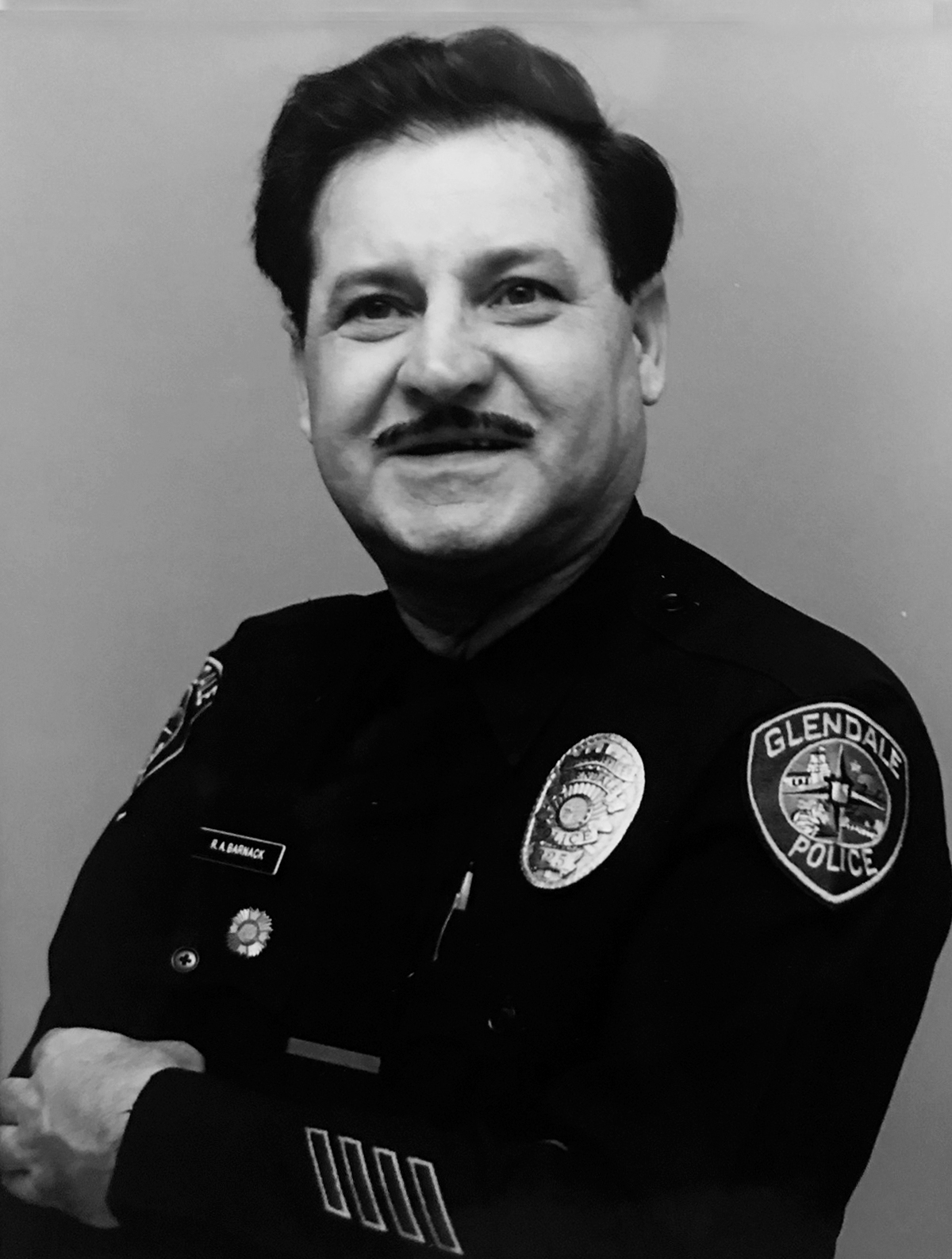 Bob was born November 26, 1929 in Gary, Indiana to John & Mary Barnack. After graduating high school in 1948, he was inducted into the Marine Corps and spent duty time in Norfolk, VA and Puerto Rico. Bob was one of the volunteers to be “quinea pigs” to test the human reaction to an A-Bomb test in Desert Rock, NV. After the service, Bob married Juanita Dellen and they settled in Glendale. They were married 68 years. He worked for Douglas and Lockheed Aircraft until 1954 when, at the urging of his friend, Officer Pitts, he joined the Glendale Police Department and served over 30 years until retirement. Bob is survived by his wife, Juanita, son Rodney, daughter Sherry Galvan, grandson, Jesse Galvan and wife Jamie, two great-granddaughters, Jestena and Isabella Galvan.