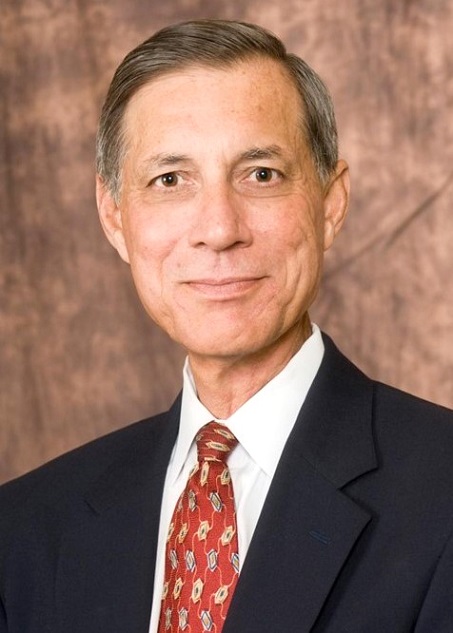 Philip Dennis Powers, a fifth generation Californian, died December 15 at his home in Glendale. He was 73 years old.

Known variously as Dennis, Denny, Den, Dad and Pops, he is fondly remembered for his quick dry wit, thoughtfulness, and his deep love and commitment to family and friends.

The second of nine children, he was born in Los Angeles on December 13, 1948, to Albert O. Powers and Afton Murphy Powers. The family moved to Nevada in 1961. When asked about his childhood, he would fondly speak of his parents, siblings, chickens, goats, backyard baseball tournaments and his father’s homemade bread.

As a student at Las Vegas High School, Dennis excelled in a variety of sports — lettering in football, wrestling and baseball. Especially noted for his abilities on the diamond, Dennis was selected “Mr. Baseball” and elected to represent LVHS at Boy’s State in his senior year.

Dennis chose to pursue his education as well as baseball at the University of Nevada, Reno. While at UNR, he was a member of Sigma Alpha Epsilon fraternity and notably, met his future wife, Kathleen Reese of Sacramento. They married in 1971 and moved to Los Angeles in 1973, where Dennis attended a physical therapy post graduate program at Children’s Hospital Los Angeles. Overlapping this time, from 1969 to 1974, he also served in the Nevada Air National Guard. Upon graduating the physical therapy program in 1974, Dennis was hired by Therapeutic Associates, Inc., working first as a PT at Valley Presbyterian Hospital, and then at Providence St. Joseph’s rehab facility in Burbank. He continued his post graduate education at the University of La Verne, earning a Master’s of Science in healthcare administration in 1984. Dennis ultimately served as St. Joseph’s director of physical therapy as well as TAI’s president. After 35 years with TAI, he retired in 2009. He felt fortunate to find his work fulfilling, but more importantly, he would want to note the life-long friends that were made.

An avid golfer, Dennis was a member of Chevy Chase Country Club in Glendale and the “Dukes” of Del Monte Golf Club in Monterey. He enjoyed many memorable rounds with his friends, father-in-law and his son. He was proud to have shot a hole-in-one on the 8th at Chevy Chase. Dennis was a life-long learner, taking up sailing later in life and earning an American Sailing Association certification in “Bareboat Chartering.” The skipper and Kathleen enjoyed sailing the coastal waters of Los Angeles, the British Virgin Islands and Belize with friends. He was a member of St. Mark’s Episcopal Church, which he attended faithfully for much of his later life.

Dennis and Kathleen raised their children, Christopher and Elizabeth, in Glendale. He enjoyed nothing more than supporting them in their activities in and outside of school. From building together for Cub Scouts and art projects to coaching and cheering them on during youth and high school sports, from NCL Ticktockers to any random day of the week — he never missed a game, an event, or an opportunity to show up for them. He was a devoted father who considered himself blessed by his wife, children, their spouses and his grandchildren. They all feel the same about him.

He is survived by his wife, Kathleen Reese Powers; his children Christopher Powers (Diana) and Elizabeth Powers Marks (Ben); his grandchildren Payton Reese Powers, Jacob Philip Powers and Evelyn Jeanne Marks; and eight siblings Michael, Gary, Tim, Maureen, Kevin, Susie, Patty and Brian. He was also close to his many nieces, nephews and cousins. His parents’ deaths preceded his own.

A memorial service is scheduled for 11 a.m., Saturday, January 15, at St. Mark’s Episcopal Church, 1020 N. Brand Blvd., Glendale, California. Reception will follow, COVID permitting. Please note that Los Angeles County and the church require masks to be worn inside. Folks who are not fully vaccinated should kindly not attend, for their own sake and that of others.

In lieu of flowers, donations may be made to Children’s Hospital Los Angeles or to a favorite charity.