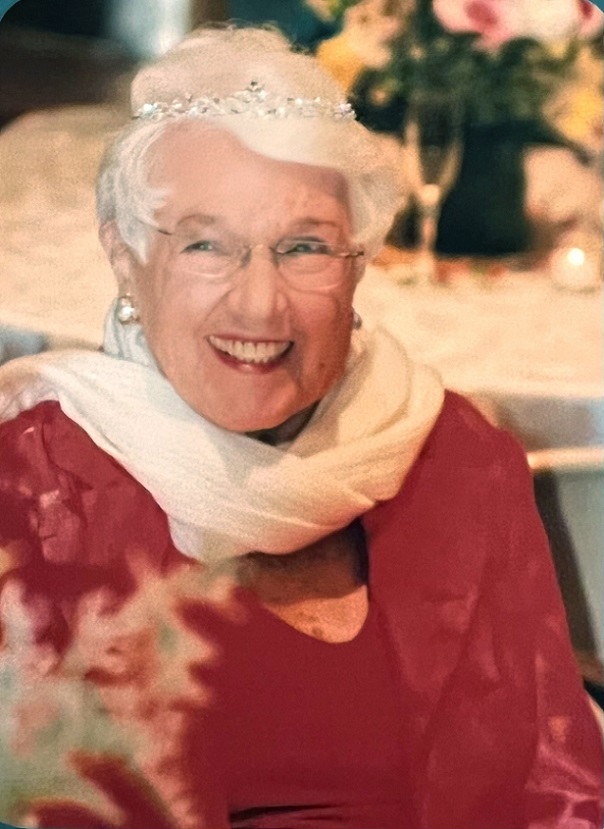 Elsie Freda Welz was born March 1918, in San Francisco during the Spanish Flu Pandemic, and died from natural causes January 2022.

After graduating from high school, she became the primary bread winner for her mother and younger sister after her father died. While in high school, she worked on the school newspaper. She wrote an article about her experience of walking across the Golden Gate Bridge before it ever opened to automobiles.

Elsa met the love of her life, Philip Straub, in church. They sang in the choir together and often walked to Fisherman’s Wharf for French bread, chowder and ice cream. In 1940, Philip accepted a dental fellowship in Honolulu, Hawaii. Elsa followed her fiancé. She made the papers as she was traveling unescorted, on the USS Lurline. Upon her arrival they were married. Elsa was an avid tennis player and became a good golfer so not to be a “golf widow.” In 1941, they experienced the destruction at Pearl Harbor and the ensuing panic of an invasion.

Elsa and Phil had two wonderful sons, Stephen and David. After Phil’s untimely death, she returned to work at Glendale College as secretary to the Dean of Instruction, John Kreider. Three years later they married and joined families. Elsa gained loving daughters, Stephanie and Wendy. In their marriage of 43 years, they enjoyed traveling the world utilizing elder hostels. Elsa loved Tuolumne Meadows, Idyllwild and the desert. Most recently, she loved her many trips to Descanso Botanic Gardens with her companion, Carmen. When she had live-in caregivers she taught them all how to play Rummikub. It has been said she is probably in heaven teaching Jesus to play Rummikub.

Elsa survived health issues including COVID at the age of 102. Her mantra has been “Don’t worry, be happy.” She was known for living her faith. She loved people and practiced treating others as she would want to be treated. Elsa always had an ear to listen and was very generous with her time and resources. She was very active at First United Methodist Church of Glendale and PEO.

Elsa died at home, two months from her 104th birthday, surrounded by family and friends. She is survived by two sons, two daughters, 10 grandkids and 12 great-grandkids. She was loved deeply and will be forever in our hearts.

Contributions in her memory can be made to the Glendale College John and Elsa Kreider scholarship fund.