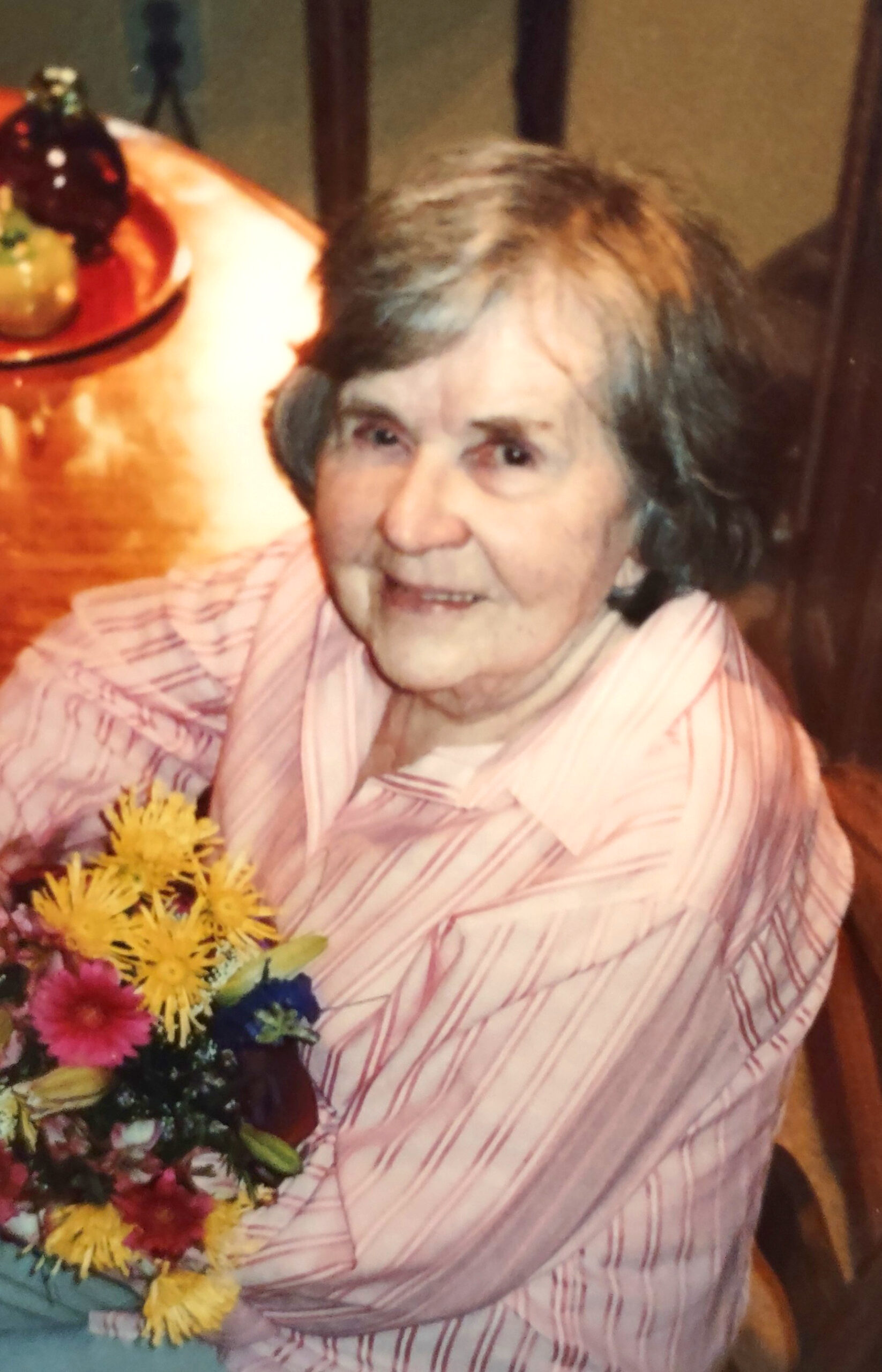 Edna Ivena Oien Franett, 106 1/2 years old, passed away peacefully from congestive heart failure at the Windsor Retirement Home in Glendale, California, during the early morning hours of April 2. She was born in Brookings County in South Dakota to Ida and Martin Oien and was predeceased by her beloved sister Inez Olson and her brother Hjalmar Oien.

After losing her mother at age 5 years old and growing up on the family farm in and around Canby, South Dakota, and Hendricks, Minnesota, during the early part of the 1930s depression, she moved to Minneapolis with $10 in her pocket and wearing a borrowed winter coat. Ever industrious and hard-working she proudly completed her high school education there, held a variety of jobs and supported the war effort during World War II by working in a munitions factory.

Ultimately, she moved to Seattle, Washington, a city she loved, married Walter Franett at University Lutheran Church in 1949 and had one son, Kelly Franett. Although the marriage ended in divorce she proved to be an amazing, resilient, devoted, single mom. She spent her professional life working in the medical field, ultimately excelling in the position as chief bookkeeper for a large orthopedic medical practice in downtown Seattle until her retirement at the age of 70.

She enjoyed travel and went to various parts of the United States and the world, her favorite being her two trips to Norway (one with her sister Inez), to visit her mother’s family. With a little practice she could still speak nearly fluent Norwegian. The last 25 years of her life she resided in Glendale, California, living happily next door to her son and his husband, Walt Lorio. In addition, she was a member of Glendale’s Salem Lutheran Church.

Her motto was to “work hard, play hard,” and this philosophy carried her through 106 1/2 sometimes challenging but wonderful years. No one had a better mother or a friend. She was deeply loved and a beacon of self-reliance and courage, an example of why her generation is sometimes referred to as “The Greatest Generation.”

She will be missed beyond measure.

Thought I Would Die When My Son Left for College