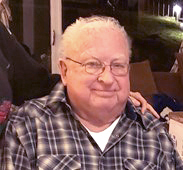 Anthony Montgomery Pearson, born June 8, 1936, in Pasadena, CA, passed away on November 30, 2021, at his home in Glendale, CA, after dealing with dementia for several years.
Until recently, Tony was an active member in the Glendale chapter of Kiwanis International, having joined in 1975.

Tony and his sister, Carol Scheck, own a small cabin on Montgomery Lane in Idyllwild. This cabin was obtained in the thirties by their grandparents, Judge Charles and Mona Montgomery. The cabin is currently enjoyed part-time by the fourth and fifth generations of Pearson/Schecks.
Tony graduated from Glendale High School in 1954. He received a bachelor’s degree in Industrial Psychology from Stanford University in 1960, after two years in the Army, and an MBA from USC. He worked at Jet Propulsion Laboratory for 42 years; his last position there was manager of industrial computing. After retiring, he liked to travel with Carolyn, his wife of 25 years. They enjoyed many boat and land tours throughout Europe, Australia and New Zealand. They also did many lighthouse tours in the United States with the U.S. Lighthouse Society. For many years Tony was an instructor of Sierra Club’s Basic Mountaineering, later known as the Wilderness Travel course. This activity included hiking and backpacking which he shared with Carolyn. Tony and Carolyn have also enjoyed using their six weeks of timeshare at Laguna Surf in Laguna Beach.
Until the last few years, Tony was an avid skier and maintained season passes at Mammoth Mountain, where he skied with his sister Carol and her late husband, Timothy Scheck. He shared his love of skiing with his children and grandchildren: Son David Pearson, his wife Karen and their son Christopher of Sunnyvale, CA; daughter Laurice Pearson and her sons Oscar and Calvin Radu of Brooklyn, NY; son Duane Pearson, his wife Melinda and their daughters Marlo and Alice of Denver, CO; daughter Amy Pearson-Dahla, her husband Bob Dahla and their daughters Elizabeth and Jennifer of Ashland, OR.
In addition Tony leaves Carolyn’s children: Michelle Fraer and her partner Michael Finucane of Cincinnati, OH; Eric Fraer, his wife Kathleen and daughters Rebecca and Madeline of Altadena, CA. Also, Tony’s first wife, Cynthia Grayson Pearson of La Crescenta, CA.
A memorial celebration of Tony’s life will be held some time after the holidays.