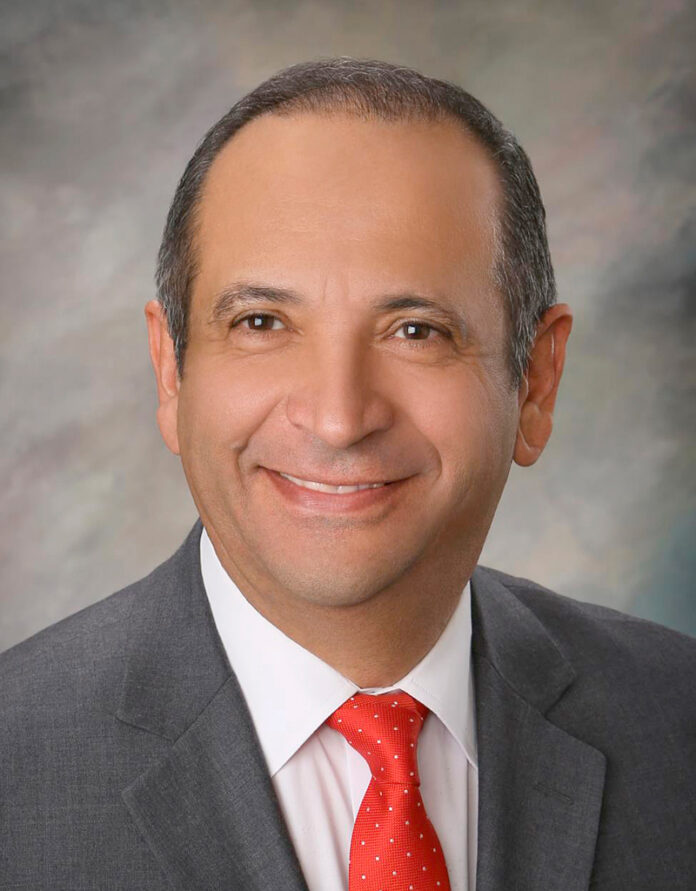 Roubik Golanian will continue his decades-long career with Glendale after the City Council confirmed him this week to be the permanent city manager moving forward.
Golanian — who was the assistant city manager under his predecessor, Yasmin Beers, since May 2018 — is now tasked with continuing to guide the city through the end of the coronavirus pandemic, improving the efficiency of the city’s bureaucracy and with implementing the council’s myriad policy goals, which range from ramping up affordable housing construction, developing sustainability practices and modernizing the city’s transportation infrastructure. He had been keeping the seat warm as interim city manager since October, when Beers retired.

“I sincerely appreciate you putting your faith in me during these trying and unprecedented times and into the future,” Golanian told the council Tuesday, when his hiring was made official. “This is a responsibility that I don’t take lightly and will never take for granted.”
A civil engineer, Golanian joined the city in 2000 as senior civil engineer and was promoted to city engineer in 2006, deputy director of public works in 2012 and director of public works in 2014. As assistant city manager, a role akin to chief operating officer, Golanian oversaw the city’s more than 1,500 employees and was responsible for budget overnight, the city’s capital improvement program and labor relations.
Prior to joining Glendale, he was a senior project manager at Harris & Associates and had worked as an engineer for Fresno County and the city of Ceres. He earned his bachelor’s degree in civil engineering from City, University of London in 1985 and his master’s degree in organizational leadership from Woodbury University in Burbank in 2009.
The council unanimously approved of Golanian after a third-party recruitment process, which was handled through Sacramento-based CPS HR on a $25,000 contract. Golanian prevailed over 100 candidates and was among six finalists for the job.
“Through his work as interim city manager and through his interview process, Roubik really won me over,” Councilman Dan Brotman said Tuesday. “I think he does understand that saying ‘that’s the way we’ve always done it’ is not an answer, that we want fresh ideas, we want changes and we have a council that’s eager to implement them. I’m convinced that Roubik understands that and has ideas and wants to drive change but at the same time brings all that deep knowledge of where the issues are in the organization right now and where the change is needed.”
Councilwoman Paula Devine mentioned that Golanian had advanced a number of ideas he wanted to implement as city manager, including measures to improve operational efficiency, promote innovative programming and improve the city’s technological infrastructure.
“I know in your past positions you weren’t able to bring those forward, but I’m looking forward to seeing those new ideas come to fruition,” she said.
Councilman Ardy Kassakhian anticipated detractors who might decry the hiring as “a continuation of the past and the status quo” but contended that Golanian represented an effective marriage of an open-minded approach to management with the institutional knowledge of the city apparatus.
“Because of that, he’ll be the person best suited to bring about the change that I believe that we need and that we hope for. We’re going to hold you to that Mr. Golanian,” Kassakhian said. “We will do our part to help you succeed.”

Football. So Wrong. So Gritty. So Great.