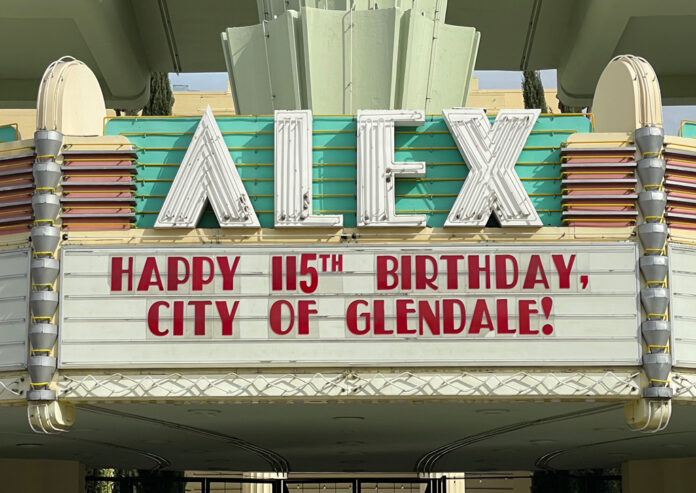 Glendale this week celebrated its 115th birthday as an incorporated city, as exemplified by the birthday wishes on the Alex Theatre’s historic marquee. The city incorporated on Feb. 15, 1906, and was the 16th city to form within Los Angeles County. Since that time, it has grown and developed into one of the largest suburbs in the county, with an estimated population of 205,000 residents making it the county’s fourth-largest city and the 23rd-largest city in California. Additionally, with around 26,000 students, the Glendale Unified School District is the third-largest school district in L.A. County.