Supervisor Barger Chalks 2020 Up as the Year That COVID Challenged 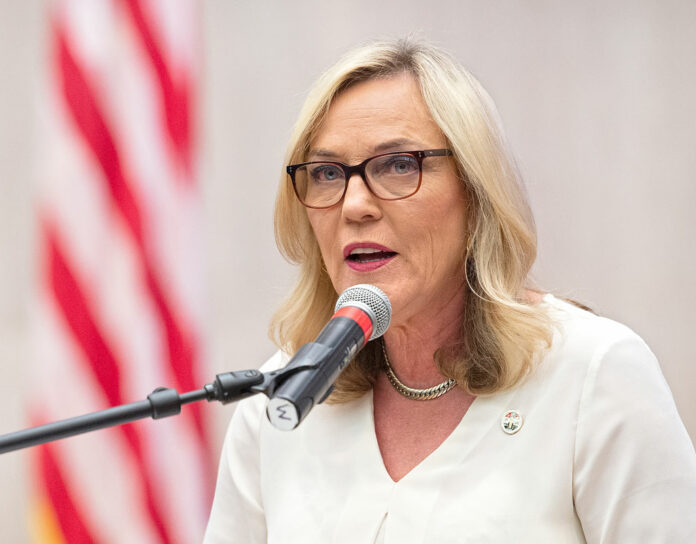 It’s safe to say that 2020 was not how Kathryn Barger envisioned her first round of chairing the Los Angeles County Board of Supervisors.

Representing the county’s Fifth Supervisorial District, Barger, a longtime area resident, took the gavel as she entered her reelection campaign this year planning an agenda that focused on broadening youth programming as well as her trademark homeless outreach and mental health-care expansion. A surreal March cleanly derailed much of that.

“It’s not how I thought it was going to play out,” Barger deadpanned in a phone interview last week, “but in life, you have to make the best of what’s in front of you.”

And thus, what began as Barger’s coined “year of youth” quickly became the “year of COVID,” as the coronavirus and its disease, COVID-19, had shut down most of the world by March, when it was declared a global pandemic. The county issued a “Safer at Home” order, which dictated the closure of most retailers, limited operations for eateries and essentially imposed a curfew to mitigate the spread of what was then an unknown viral threat.

By then, most Americans peripherally knew that China had been reckoning with a mysterious virus, a virus that eventually wrought havoc on the public health systems of Italy, Iran, South Korea and France. Soon, the outbreak hit Washington state and New York City, and spread from there.

By the second week of March, L.A. County began shutting down piece by piece.

“I never thought I’d have to stand in front of a camera and explain to people why it’s safer to stay at home,” Barger said. “I did not want to be leading a county that was facing what New York City faced, so we faced doing what we had to do.”

Residents watched as county officials developed pandemic responses and programs in real time, with daily press briefings detailing how many new cases had been detected and how many people had died. As time went on, more types of information were slowly uncorked — individual community infection counts, demographic breakdowns and locations with concentrated outbreaks.

“Early on, we really didn’t know and science didn’t know a lot of what we know now,” Barger said. “That’s why you’re seeing that the hospitalizations are not skyrocketing like they did in New York City in the beginning.”

Testing gradually went from being by doctor’s order to freely available to anyone; however, supply chain issues continued to plague the county — or indeed, the nation — even through the summer months, much to the frustration of people desperate to get tested.

“It was lessons learned,” Barger conceded. “It was very frustrating for me, because I was in the eye of the storm, and we live in a country that is advanced and we are the bioscience hub of California, but we didn’t have the lab capacity to get results.”

Part of the improvements, the supervisor added, included partnerships with pharmacy chains Rite Aid and CVS. L.A. landmarks like Dodger Stadium continue to host large drive-thru testing sites, which move with surprising efficiency in spite of what the oft-documented long lines would otherwise suggest.

“I hope that no one is facing obstacles in getting tested,” Barger said.

Barger admitted that June became a source of frustration for her. After threading needles for months to balance curbing a pandemic and not sending the local economy into a free fall, a wave of massive protests began forming all over the county in response to the death of George Floyd while being arrested by the Minneapolis Police Department.

That arrest, which occurred in late May and was filmed, crystallized the entire nation in demanding police reform and a reckoning with institutional racism. The four officers involved in the arrest have been charged in the incident.

In L.A., as in other metro areas, thousands demonstrated and marched in support of Black Lives Matter and other organizations that had rallied around the cause. These gatherings, even among those that were largely face mask-compliant, became a point of frustration for those urging social distancing and for people whose livelihoods had been shut down because of the pandemic.

In particular, Barger — who made clear she respected nonviolent protesting — said the opportunists who instigated riots and looting incensed her, along with those who demonized law enforcement as a whole. One of her board meetings needed to be adjourned because of an increasingly out-of-control crowd outside of the building, she noted.

“It was a very sad time for me, to watch what was taking place,” Barger said. “That was a very frustrating time for me. I take my job seriously, and I want to represent, but I also want people to conduct themselves in a way that is respectful to others.

“Everyone needs to be held accountable,” she added, referencing police officers involved in misconduct, “but I don’t feel that you cut off your nose to spite your face.”

Barger, who long worked for her predecessor Mike Antonovich, is likely accustomed to brokering deals with those who aren’t her natural political allies. Such is the reality for more localized political officials, whose elections are typically nonpartisan; Barger observed that were it not for the Los Angeles Times, most voters would likely be unaware she was a Republican. (She distanced herself from President Donald Trump in 2016, when she was a first-time candidate and he’d unexpectedly captured the GOP nomination.)

“I’m hoping that people recognize that we have to work together, and that working together does not always mean we’ll agree, but that we’ll do what’s right for our constituents,” Barger said. “If you look at my voting record, it truly is based on L.A. County. If I disagree with my colleagues, it has nothing to do with who they are, but with my philosophy.

“Healing means working together and being able to disagree but be respectful of the individual and even try to compromise,” she added. “You may have the majority, but that doesn’t mean you don’t compromise.”

On the periphery of the pandemic, the county certainly had more routine business to reckon with. Barger will be there to face them for another four years — in fact, she garnered so many votes in the March primary it solidified her reelection ahead of time.

“One of the issues I’m constantly still hearing about — and I think the pandemic has highlighted this issue — is homelessness,” Barger said. “When you go downtown, it’s clear that this issue is not going away, and I’d argue that money is not going to make this go away. We need to focus on supportive and permanent housing, not just in downtown but throughout the county.”

Programs like Project Roomkey have helped during the pandemic, by placing the highest-risk unhoused people into otherwise vacant motels, paid for by the state. Barger said she’d like to continue focusing on the sorts of programs to allow people to help themselves or those that alleviate chronic problems related to mental illness or drug addiction.

“My goal is for them to recognize what got them there and to give them all the tools to ensure that they don’t end up on the street,” Barger said. “Personal responsibility is important. Many of the families are just one paycheck away from being on the street, and that’s why we implemented a moratorium on evictions, but at the same time, there are many who have made poor choices.

“It’s all about helping them to become self-sufficient and recognize that in, many cases, the reason they ended up on the street was because of a life change,” she added. “It does not mean they’re bad people; it means that they have an opportunity to turn their life around and not cycle back to the street.”

Economic recovery will have to be effective to ensure that L.A. does not face a cascade of home loss among residents whose businesses or jobs have essentially evaporated. An economic resiliency task force is currently assisting the county in planning for this.

“My biggest fear is that we as government are not going to be prepared to help them rebuild,” Barger said frankly. “I want us to look at long-term changes that need to be made to support these businesses that have struggled and are going to take years to get back on their feet.”

More immediately, the county’s auditor-controller and treasurer and tax collector departments are slated to unveil a financial literacy program for foster youth, although Barger noted it likely would be expanded elsewhere.

“I think financial literacy is a key component to them being successful as they move to college or the workforce, and I’m really excited that the department has put something together that focuses on that she said. “My sense is we’re going to be able to roll that out to different youth, but right now, the focus is going to be on foster youth.”

One moment Barger enjoyed this month was after Election Day, when the Board of Supervisors — infamously called the five little kings, at one point — was slated to become all-female for the first time. Barger’s prior election helped to compose the board’s first majority-female composition in 2016.

“Margaret Thatcher, God bless her, once said, ‘If you need something done, ask a woman,’ and L.A. County clearly heard her,” Barger said. “It’s a historic time. That was a first time in history [in 2016] and we’ve taken it to the next level now.”