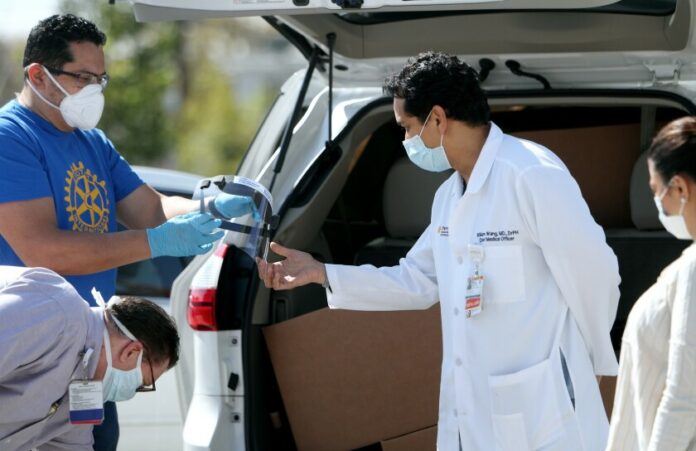 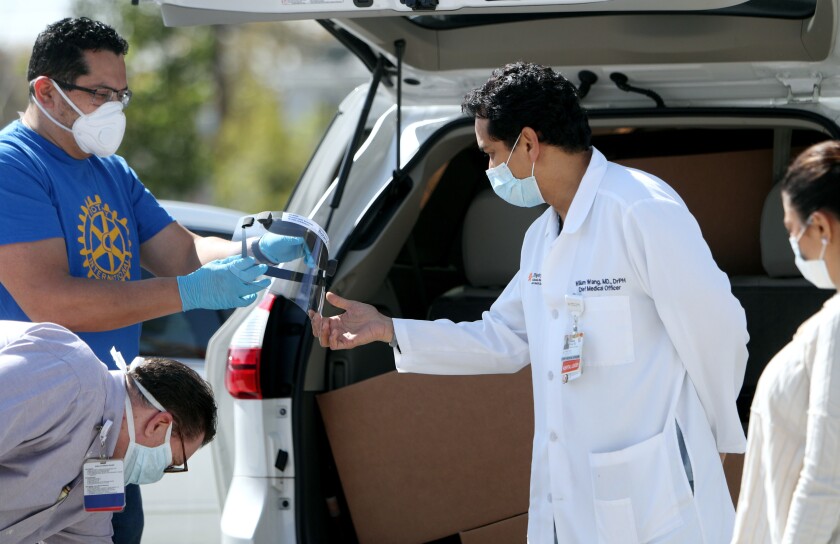 Members of the Glendale Sunrise Rotary Club delivered 750 face shields to Dignity Health Glendale Memorial Hospital on Tuesday as part of an effort that club members hope leads to the delivery of more face shields to the two other hospitals in the community.

The delivery on Tuesday was the result of contributions from local Sunrise Rotary members, including their dues, said Alex Parajon, the club’s president.

Parajon said group members would have had more funds, but their upcoming major fundraiser had to be canceled due to the coronavirus pandemic.

So, Rotary members are reaching out on social media to generate monetary contributions to make deliveries of face shields to the other two local hospitals — Adventist Health Glendale and USC Verdugo Hills Hospital.

So far, the social-media effort has raised $1,354, enough to purchase about 250 face shields from a manufacturer in North Hollywood, Parajon said, adding that each shield costs about $6, including costs for delivery and labeling.

Each shield has labeling that thanks healthcare workers for their dedication as well as a logo for the local Sunrise Rotary Club.

Parajon said he and fellow club members got the idea to deliver face shields from a Rotary Club in Anaheim in the organization’s Orange County district that was doing a similar project.

Then, someone in Parajon’s Rotary district suggested it was a worthy project for the Glendale group, and the effort took off, he added.