The 4-1 vote by City Council members on Tuesday brought the city in line with Riverside and San Bernadino counties, which already have the requirement in place. The Centers for Disease Control has recommended people cover their face in public areas where social distancing is hard to maintain.

Last Tuesday, the city ordered those working and shopping in essential businesses, including grocery stores and pharmacies, to cover their nose and mouth with a mask, bandana or handmade face covering. Los Angeles did the same hours earlier. As of Wednesday, that became the requirement for all 88 cities in L.A. County. 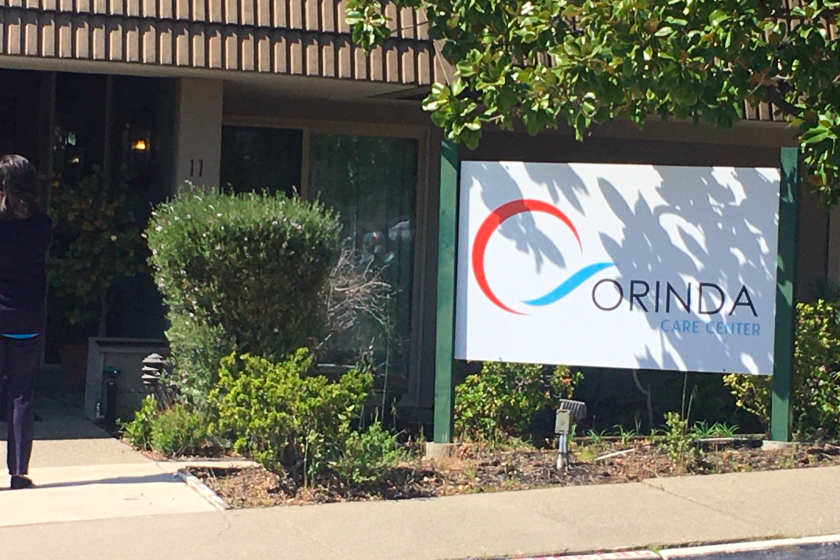 “This is a very basic thing we could do … We’re talking about lives,” said Councilman Ara Najarian, who proposed strengthening the city’s stance on the issue after seeing people cross each other‘s paths on local streets without face coverings.

Glendale reported its fourth death of a resident on Tuesday. . The city has at least 269 confirmed cases of the virus that causes COVID-19.

Councilman Dan Brotman, who cast the lone vote against the order, said he thought the requirement might be going too far. He said he would support strongly suggesting residents wear face coverings in public.

“People really need to be outside, not only to do essential activities, but to get some fresh air. You can’t be cooped up at home all the time,” Brotman said during the council meeting, adding that a walk around a quiet neighborhood might not warrant the need for a face covering.

Technically punishable by up to a $1,000 fine and six months in jail, Glendale officials signaled they didn’t intend to charge or cite residents.

“It’s more trying to get people to comply through warnings and the like,” City Atty. Mike Garcia said during the meeting.

Glendale Police Chief Carl Povilaitis said he doesn’t have the manpower to enforce the order strictly but added that police officers would do their part in encouraging residents to wear masks.

“I won’t have the resources to respond to everybody’s call that, ‘Hey, so and so is out on their front sidewalk and doesn’t have a mask,’” Povilaitis said during the recent meeting.

“I would, of course, ask my folks, when they have an opportunity and are driving by and they see something, to make that comment … short of a citation,” he added.